When a person has a prescription filled at a pharmacy, all too often we rely on the pharmacy staff to ensure that we are taking exactly what our doctor intended. Unfortunately, however, mistakes can and do occur. When they do, the harm can be devastating. A Texas woman recently discovered that the CVS pharmacy where she fills her prescriptions made a medication error, not just once, but twice in the past year.

What were the circumstances surrounding the medication error impacting the Texas woman? The following is an overview:

Unfortunately, this was not the first time that she had been given the wrong medication by this pharmacy. Ms. Flory alleges that 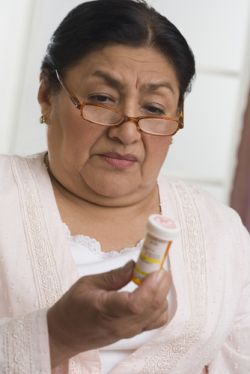 Since this was the second time she had been given the wrong medication at the same pharmacy, Ms. Flory decided to take further action after this most recent incident. She complained to CVS’s corporate headquarters and also filed a complaint with the Texas State Board of Pharmacy. In response, a spokesperson for CVS states that they are “actively looking into” the case. No further response has been issued.

Sadly, Ms. Flory does not appear to have been the only case of wrongdoing by this pharmacy. The state’s pharmacy board website has records of a 2010 Agreed Board Order in which the pharmacy was fined $3,000 for allowing a pharmacy technician to work with an expired license. In addition, the pharmacy was required to develop and implement policies to ensure that all of its employees are properly licensed.

How to Prevent Harm Caused by a Medication Error

While prescription errors are not overly common, they can and do occur. When they do, the results can be so harmful that they are in some cases fatal. While consumers clearly do not have the same level of knowledge as a pharmacist, there are things that they can do to minimize their risk of harm caused by a medication error. The following is an overview:

If you were injured as a result of an action of a pharmacy, it is important to protect your legal rights. We can help. We encourage you to contact us today for a consultation at 888-526-7616.