How Dialysis Treatments Using GranuFlo Can Lead to Heart Attacks 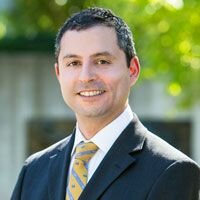 In recent years, GranuFlo was a popular drug used during dialysis treatments to assist patients with kidney failure in filtering their blood. The drug is manufactured by Fresenius Medical Care, which also happens to be the largest dialysis provider in the United States. As a result, the drug was widely used among kidney failure patients, with estimates as high as 50 percent of all patients receiving the drug. Unfortunately, it has now been shown that GranuFlo presents significant health risks to patients. Among these health risks is an increased chance of suffering a heart attack.

The following is an overview of how the heart attack risk associated with the use of GranuFlo was discovered, and the potential harm that it presents to patients:

Unfortunately, Fresenius reportedly did not immediately issue a proper warning to its dialysis centers or to doctors after discovering the danger presented by GranuFlo. The problem was not made known until almost a year later. The company also chose not to report its findings to the U.S. Food and Drug Administration. Since that time, the drug has been recalled and a safety warning has been issued to the doctors and patients.

Sadly, for many patients that received GranuFlo during dialysis, these warnings came too late. Victims of heart attacks and other adverse side effects associated with the use of this dangerous drug may have a claim for compensation against Fresenius. We are to help. We encourage you to check out the many positive comments provided by our former clients in their client testimonials.