Friend of Firm Victim of Pharmacy Malpractice. She waited too long. Learn from her mistake. 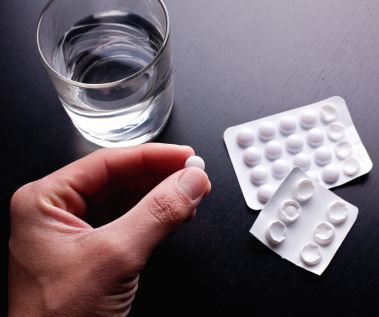 My friend was the victim of a pharmacy error. We'll call her Stacy to protect her identity. In 2007, Stacy was on a serious medication regimen: Cyclosporine, Tramadol, Wellbutrin, and a few other drugs to control her Rheumatoid Arthritis and a rare eye disease.
The combination served to raise her blood pressure and cause her to stutter when she had never before been a stutterer. Three weeks after the stuttering began she began to have violent seizures. It is now 2011, and she will take the seizure medicines for the rest of her life.
Stacy's deadline to file a pharmacy error lawsuit has passed.
Did she sue the pharmacy for not crosschecking the drugs? No.
Did she sue her doctors for not paying close attention to the medications she was taking? No.
She did not sue, and it is too late for her to make a claim.
The statute of limitations ran out a year after she began to have the seizures.
What should Stacy have done?
-  She should have had someone drive her directly to the Emergency room, with all of her medicines
when the stuttering became obvious.
-  She should then have made sure her medications were changed.
-  She should have contacted a competent prescription error attorney.
Stacy is paying for lifetime injuries caused by the pharmacy.
Stacy is a bright woman, but her physical condition is such that she'll never work again. Part of this is due to her medical condition, but much of it is due to the seizures she still has after taking a combination of powerful drugs that all act on the nervous system and cross the blood/brain barrier.

If Stacy had known she had rights at the time she began to become ill from her medication regimen, she would have sued the responsible parties, because seizures that are prolonged can cause brain damage. Stacy was lucky. The side effects did not kill her or make her mentally disabled, but she does stutter from time to time, and she still has seizures occasionally. Her stutter is frustrating and makes her self-conscious, because she never stuttered before this incident. Seizures are miserable things, and the tonic-clonic, or Grand Mal type, as experienced by Stacy, are scary and confusing, and they make the muscles and large joints very sore once the patient wakes up. Stacy spent a year trying to make sense of the reasons she began to have seizures. Her family was very frightened. Had this family known they had rights, all of Stacy's medical care would have been paid for, she would have been compensated for pain and suffering and mental anguish, and punitive damages would likely have been levied against the pharmacy, and possibly her doctors for this mishap.
Don't delay in taking both medical and legal action to protect yourself.
Be quick and be decisive if you are the victim of pharmacy malpractice. Stacy will be the first to tell you that asking questions, insisting on counseling from the pharmacist, and researching your medicines in reliable places are all good practices to help protect you from these sorts of errors. She will also tell you to act quickly. Your chance to make the chain pharmacies sit up and take notice will be gone before you know it.


There are no comments.

Post a Comment to "Friend of Firm Victim of Pharmacy Malpractice. She waited too long. Learn from her mistake."

How to Make Pharmacies Pay For Injuries Caused by Medication Errors

Free Report: Avoid every parent’s nightmare by using this checklist.

Contact us today for a free, no obligation consultation about your employment law needs.