Where Can Children Receive Incorrect Medications? 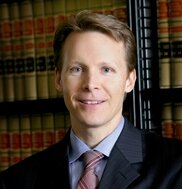 It’s sad, but true. From time to time pharmacies and hospitals have been known to give patients wrong medications. However, they aren’t the only places that have access to drugs and can make medication mistakes. While the majority of medication errors occur at hospitals and pharmacies, nursing homes and even schools have also been known to pass out incorrect medications.

Recently, a 9-year-old student at Collins Elementary School in Florence, Kentucky, was mistaken for another child and given the other child’s medication. According to reports, a school staff member pulled Dylan Davis out of the cafeteria to take his medication. Unfortunately, the staff member got the wrong child.

“They thought my son was another boy and made him take two prescriptions that were not his,” said Amanda Cummins, Dylan’s mother. According to Cummins, her son asked the school “Why am I taking this? What am I taking this for?” Unfortunately, these questions didn’t stop school personnel from giving him the medication.

As a result, Dylan was admitted to Cincinnati Children’s Hospital where they watched him overnight because one of the medications he took could have caused him to stop breathing, have seizures, or his heart could have stopped, said Cummins.

This situation raises concerns over children receiving medications at schools. According to the Boone County School District Health Coordinator Joan Fitzsimmons, administering medication to children should be a two-step process. A school staff member should ask the child his or her name and verify the student with his or her picture in the medication administration record.

In light of this scary situation, Cummins is asking the school to change the medication system and the way they disperse medication to students.

In order to help families you know keep their kids safe, please share this story on Facebook so parents can talk with their children about this issue.