Are drug makers experimenting with your kids?

You may be surprised at the answer.


Our children are not safe from pharmaceutical companies. In fact, these big corporations prey on the fears of parents in order to try and push their products in order to rapidly market them and make money. Sometimes, they even make us believe we need a medicine for non-existent symptoms.

Schizophrenia occurs in only about one percent of the population. Having a sibling who has the disease only gives these teens less than a 10 percent chance they’ll have it too. Which means there is a 90 percent or more chance these kids would not have been mentally ill.

Eli Lilly played on the fears of parents and teens by soliciting them for the clinical trial which they called a pre-emptive measure. Treat the kids before they have the first psychotic break, and they won’t have a break, and will be more productive in society. Sounds lofty and noble, right?

According to the principle investigators, “the study addressed an essentially new clinical entity, which required designing new ‘prodromal’ assessment instruments and a new definition of psychosis onset.”
In other words, the researchers had to create a false reason to give people who had no mental illness a drug they did not need, which the FDA had already called dangerous because of the side effects, some of which can be permanent, some of which can be fatal.

Why does this happen?
The psychiatric community is financially bound to Big Pharma. Big Pharma makes the most donations to research facilities, pays the most for speaking engagements, and gives doctors kickbacks for pushing their psychotropic medications on patients as young as two. This is not only a conflict of interest for the doctors and researchers who are accepting the money to make these drugs appear safe to the general public, but it is a conflict of interest for the psychiatrists who are prescribing dangerous drugs to children without clear cause to do so.

The first rule of medicine is, ‘First, Do No Harm’. Nowhere in the Hippocratic Oath does it state, “Feel free to use your most vulnerable patients as guinea pigs, so you can get the most benefit from drug makers who circumvent the rules, laws, and protections of patients.” Something is very wrong. The question is: How do we fix the problem?

You can make Big Pharma listen.
By reporting medication errors, hospital errors, or pharmacy mistakes you can help to hit the pharmaceutical companies where it hurts – the pocketbook. This is the best option if you or a loved one have suffered the consequences of a medication mistake. You can order our free book today to learn more about prescription mistakes. Call our office at 1-888-526-7616 or send us a contact form to tell us about your case. Our board certified pharmacy error attorneys will review it at no charge.

Free report: 10 Tips to Protect Your Kids from Pharmacy Errors 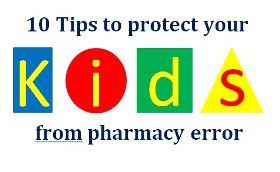 Kennedy Hodges, LLP helps individuals who have suffered serious injury due to prescription and pharmacy errors across the country, including distributing wrong medications, administering the wrong dosage, and failure to provide medication warnings and instructions.

How to Make Pharmacies Pay For Injuries Caused by Medication Errors

Free Report: Avoid every parent’s nightmare by using this checklist.

Contact us today for a free, no obligation consultation about your employment law needs.