When a patient goes to a doctor or pharmacist for assistance, he typically believes that the medical professional has his best 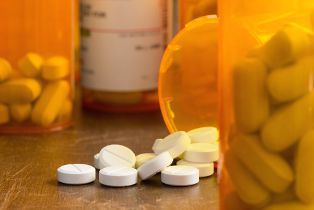 interest in mind. This includes the type and dosage amount of the medication prescribed as well as ongoing monitoring of the drug’s use. Unfortunately, mistakes can and do occur. Two new cases were filed in December relating to prescription errors surrounding the use of the popular pain medication Oxycodone. Patients injured as a result often seek monetary damages.

In the complaint filed by Ms. Manis, she further states that since oxycodone is a Schedule II narcotic, the pharmacy violated government regulations and standards of care when it changed the prescription without a new order being written by the doctor. She accuses the pharmacy of negligence as a result. Ms. Manis is seeking damages for past and future loss of income, past and future medical care costs, necessary life expenses, pain and suffering, loss of enjoyment of life, loss of time, emotional distress, and personal disability.

In the second action, a man named James Irby filed suit against NW Permanente, P.C., and Kaiser Foundation Health Plan of the Northwest in Multnomah County Circuit Court in Oregon. Mr. Irby is accusing the defendants of having committed medical negligence and is seeking $999,000 in damages. According to his complaint, he alleges the following:

Mr. Irby alleges that the addiction was directly caused by his doctor’s failure to monitor his prescription use. He further states that his physicians could have done a better assessment and follow up and could have sent him to a pain management specialist as well as monitored the oxycodone levels in his blood during the time that he was taking it.

Mr. Irby is seeking $749,000 in non-economic damages for disability, pain and suffering, and costs of his lawsuit. In addition, he alleges that his wife suffered the pecuniary loss of society and companionship due to his impotence caused by the high dose of oxycodone. He values this aspect of his damages at $250,000.

If you suffered an injury as a result of a medication error, we are here to help. We encourage you to contact us today for a consultation at 888-526-7616.